Understanding Unconscious Bias in the Workplace

In the UK companies are subject to a legal framework that requires their compliance and holds them to account for their actions, policies and procedures. There are numerous methods that help to eliminate discrimination embedded in many workplace policies and processes.

Whilst policies and procedures support the creation of a more equitable workplace, it’s the way these are applied that can have a disproportionate impact on certain groups of people.

However race, age, gender, sexuality, disability, and culture can still play a part in career progression, through the less well understood mechanism of unconscious bias can play a major role in the behaviours and decisions that people demonstrate at work

Unconscious bias can create problems in the way that both staff and customers are treated. The HMRC Diversity and Inclusion strategy highlights not only the benefits to staff of reducing unconscious bias, but also the improvements in customer service that can be gained by striving to eliminate bias from the way the HMRC answers queries and resolve issues.

They are not the only organisation to be tackling unconscious bias. Organisations in the UK higher education sector are also looking at this issue, with ongoing trials of a name-blind admissions process to reduce bias towards people from non-traditional university backgrounds.

Unconscious bias doesn’t just have a negative effect on some individuals, it can also have consequences at an organisational, even national level. In February 2017 a report commissioned by the government estimated that helping black and minority ethnic (BME) people to progress in their careers at the same rate as their white counterparts could add 24bn to UK economy.

This figure is only an estimate, and the report did not examine the effects of unconscious bias on disabled people, women, LGBT, older workers, pregnant women, refugees, or immigrants, And of course, unconscious bias does have a positive impact for some people.

This article introduces unconscious bias, unconscious bias assumptions, and explores how it operates in recruitment and selection; staff development and retention; performance management, and customer relations.

We offer potential solutions for managers looking to reduce unconscious bias and explore why this is such an important issue for human resource managers and diversity officers.

What is Unconscious Bias?

The concept of fast thinking provides a useful insight into how unconscious biases works. Our brains need to be able to make fast, automatic decisions about the world around us so that we can react quickly to dangerous situations. These decisions are very dependent on a number of variables, including environment, and context, can be very conscious.

While this is a useful skill for our brains to have, it can trip us up when we are dealing with people. Studies have shown that fast thinking leads us to make snap judgements based on defined social categories. We judge positively when people are from a similar background or have a personal connection to us, and negatively when they don’t.

Growing up, and through the media, we also absorb other assumptions. It is common to see men depicted as being suited to tough physical work or mathematics and engineering jobs, while women are shown in customer service roles and childcare. We then recruit men and women into these different jobs, confirming a bias which reflects historical attitudes to gender roles?

In the workplace, bias comes can come in many different forms here are some examples:

Where there is affinity between people, they will tend to make more eye contact, allow each other room to speak, and listen to one another. Where there is no affinity we may talk over another person or not listen properly to the points they make. These micro-inequities and micro-affirmations can make a workplace seem welcoming and full of opportunity for one person, while another feels ignored or overlooked.

In some ways, being biased is part of human nature. It’s natural to feel affinity with people who are like us.

When we are thinking clearly about our decisions we can overcome this bias.

But we are not thinking clearly when we are:

Then, we are less likely to recognise that bias is happening.

A series of behaviours and actions from colleagues who are under pressure and making poor decisions can build up to a situation where someone is actually being discriminated against, even if they and their co-workers struggle to identify a particular incident that has made them feel this way. 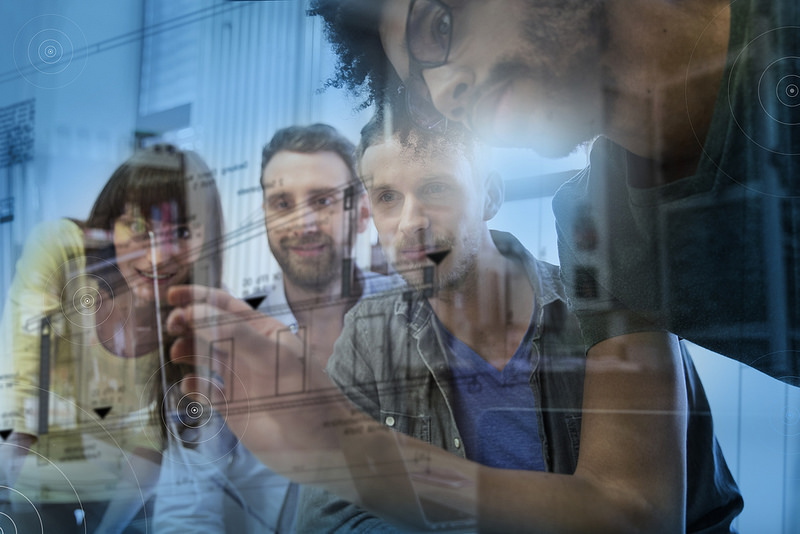 Unconscious Bias in Recruitment and Selection

A good recruitment process will be designed to eliminate discriminatory practices, but unconscious bias can still have a negative impact on equal hiring practices.

During recruitment, candidates provide a large amount of factual and inferred data about themselves that recruiters may judge without realising it. Their name, university status, age and interests may lead people to make certain judgements.

Our natural tendency to gravitate towards people who are similar to us, through affinity and confirmation bias, means that where jobs are advertised by word of mouth and social networks, people from other backgrounds simply may not hear about them.

Unconscious Bias and Development and Retention

There are a number of ways that unconscious bias can affect day to day work. People with an affinity to their manager are more likely to be allocated stretching projects. This allows them to build up an evidence base for the next step on the career ladder. They will also be able to access informal support from managers who want to help them.

This means that unconscious bias can have a particular effect on career progression. Mentoring and promotion within workplaces are often informal, and the same people will often get to hear about career development opportunities before others. When a manager helps a younger colleague because they remind them of themselves ten years ago, they inadvertently discriminate against those who look and behave differently.

Being treated differently from other employees, denied the same opportunities to work on interesting projects and gain promotion can leave staff feeling frustrated, confused, and looking to move somewhere they fit in better. Their professional expertise is then lost to the organisation that didn’t realise that the cumulative effect of unconscious bias is discrimination.

Though it is impossible to inherently prevent bias, it is possible for managers to mitigate against bias when allocating work and developing different members of the team: 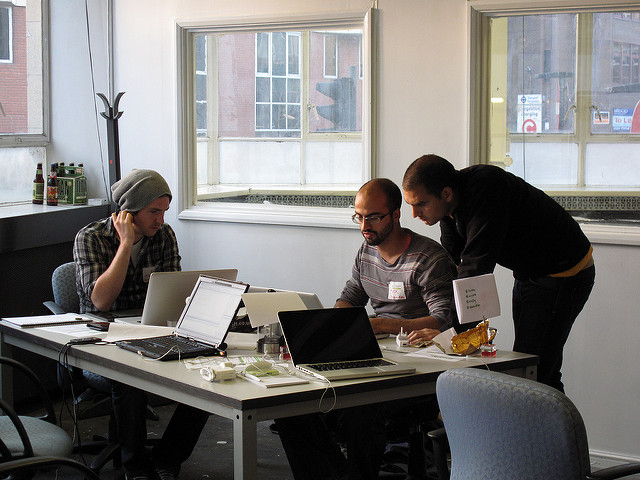 If colleagues are benchmarked against one another this can lead to subjective decision making. The result is that employees don’t understand why they have been graded in a certain way. Development targets that are not based on objective criteria can seem vague and difficult to achieve.

As with work allocation, there are steps managers can take to reduce unconscious bias during performance reviews.

Customer service staff may make immediate assumptions about people based on their appearance and manner. How clients behave can also have an impact on our judgement. Are they on time, do they conform to preconceived ideas of politeness? Different cultures across the world have very different attitudes to eye contact. In some countries full eye contact when meeting is seen as open and honest, in others it can be seen as a challenge and is inappropriate from a younger to an older colleague. Some countries shake hands, others bow. Failing to conform to a preconceived idea of what a polite greeting doesn’t necessarily mean people are being rude.

Crucially, clients and customers are also making judgements about the organisation they are dealing with, and are deciding whether or not they feel comfortable and want to continue their purchase or business relationship. Putting unconscious bias to one side, and establishing affinity where it doesn’t come naturally can help win contracts and customers.

Customer relations teams can work to mitigate their unconscious bias. Staff should be asked to think about the judgements they may make based on appearance and be challenged to examine their own assumptions and cultural stereotypes.

They should ask themselves if they would have behaved the same way if a customer looked like them and be prepared to be adaptable in order to be inclusive.

Micro-inequities, the words and behaviour staff use towards customers can be particularly important in customer relations, where there is less opportunity to form a working relationship, and affinity has to established much faster than with a colleague.

Whilst unconscious bias can still be an issue after anti-discriminatory processes have been put in place, managers, team members and customer service staff can work to overcome it, and build a more inclusive, diverse workplace?The benefits of mitigating against unconscious bias assumptions include:

Organisations have much to gain from promoting higher awareness of unconscious bias amongst their staff so that managers can begin to adopt best practice and get the most from the teams they lead.

Marshall E-Learning offer flexible, managed e-learning services including an introduction to Unconscious Bias in the workplace.

Contact us today to discuss how our courses can help your staff be more aware of their decision-making process, and reduce unconscious bias in your workplace.