Home > News & Insights > Modern Slavery in the UK: The importance of training staff

Modern Slavery in the UK: The importance of training staff

Hitting the headlines this week was the news of the conviction of two brothers who trafficked 18 people from Poland to the UK and conned them into modern slavery.

The pair recruited the vulnerable men to work at the Sports Direct warehouse in Shirebrook, Derbyshire, but were caught after one of the victims reported his ordeal to police in January 2016.

The brothers have both been sentenced to six years in prison for modern slavery.

Stories like this show how modern slavery doesn’t just affect developing countries, but the UK as well.

Sadly, the problem is not going away with over 1,746 cases reported in the UK in one year alone. That’s a 47% increase on reports from reports from the previous year (Source: UK National Referral Mechanism Statistics).

Now, new UK legislation is being brought in to tackle the issue of modern slavery.

The UK legislation that has come into force is designed to ensure that no UK businesses with a turnover in excess of 36 million will unwittingly use slave labour in their supply chains.

This also affects British universities who – like their commercial counterparts – must publish an annual statement that demonstrates they have taken steps to ensure that no human rights violations have taken place in the supply chain.

As we can see, the modern slavery legislation will impact Higher Education and other large institutions in the UK, particularly for staff members working in procurement or sourcing suppliers.

That’s why Marshall E-Learning have designed a Modern Slavery training course, together with Liverpool John Moores University, to help UK Higher Education institutions to train their staff appropriately in how to produce the annual statement and how to spot modern slavery in the supply chain. 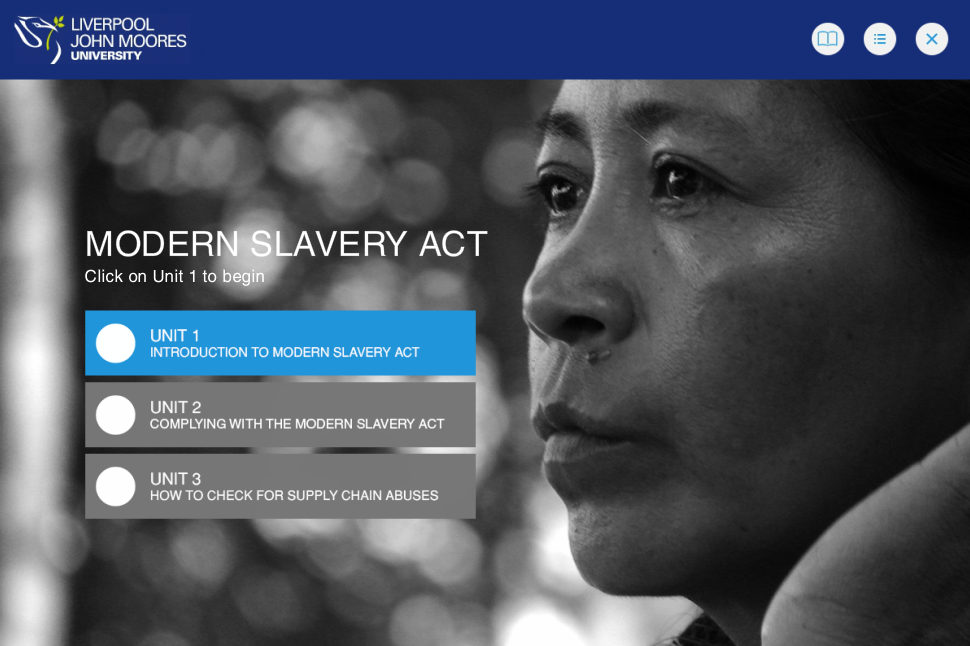 The course is tailored to ensure that learners will be able to: